Artist and aficionado of graffiti and tattoos, Ollivier Savelli wanted to create a a great classic like the Skull, a symbol that is in a realm of its own today. But for Ollivier, the idea was to revisit the ‘biker’ spirit but associate it with the idea Ying and Yang.

The challenge was to create a very expressive skull, with an expression and a soul. Olliver therefore designed a cheerful motif looking straight in the ones eyes, which is a little disturbing. Multiple symbolism through motifs and colours is created by his mastery of the applied arts and elected meilleur ouvrier de France (French Master Craftsman) in the Jewellery and Precious Metal category in 2000. A graphic design that imposes and provokes in us a reaction ‘To be, or not to be.’

This unique piece was sculpted in bas relief in a block of wax and then cast in bronze. Ollivier always produces a large dimension sculpted plaque that necessitates a pattern larger than the final object, but allows him to resize the final dial and reorientate it to the best effect.
Once the dial is cut he burnishes* the darker details of the photograph in order to contrast the zones. (* An ancient technique that consists of delicately rubbing the material with an agate in order to densify it and make it shine more but not excessively.) 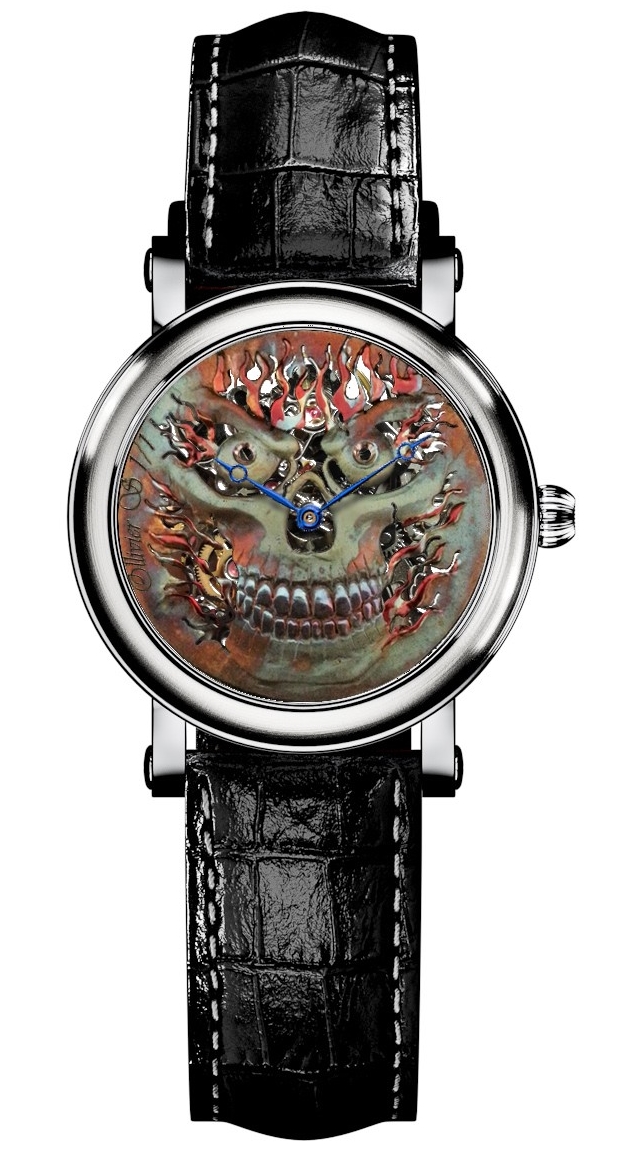 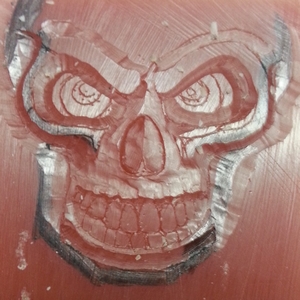 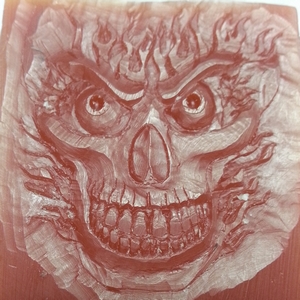 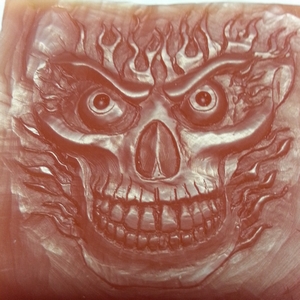 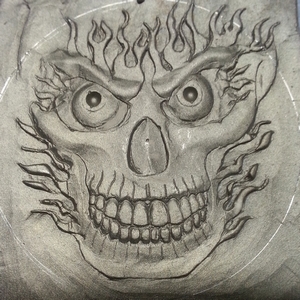 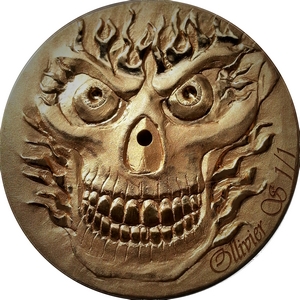 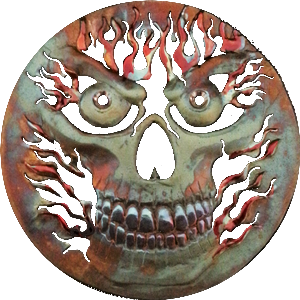