As the meilleur ouvrier de France (French Master Craftsman) in the Jewellery – Precious Metal category in 2000, Ollivier Savelli, specialist in the applied arts, developed a totally original and hitherto unknown concept: the story in 3-D of petrol’s path, starting with the extraction to the distribution in a unique horological work.

The structure of the watch was created so that it became the decor. Ingenious, the skeleton movement was treated with black PVD to illustrate crude petrol.

The casing-ring, naturally round as a recipient with 12 tightening nuts as indices, represents the extraction. The compression shafts of the tube connecting the two plaques form the pipelines with opening valves symbolise the transport.

Finally, the central concept of the idea, the distribution, is evoked by a flacon, like the petrol pumps of the 1920s when volume counters didn’t exist, a graduated glass flacon served to measure the quantity of liquid distributed. The flacon in the watch contains the sample provided by the client, producer of liquid gold, so that he can have the petrol from his own production in his watch on his wrist. The flacon, like all the elements, can be engraved and decorated to the client’s specifications…

This piece is the most obvious illustration of the manner of Ollivier’s work. Emotion, the technique and the concept of the watch combine in perfect harmony. Each element fulfils all its function simultaneously. This requires the conceptualisation and the mastery of all the parameters from the beginning of the concept to the completion of the work. It’s this single and unique solution that allows the piece to be perfectly balanced. 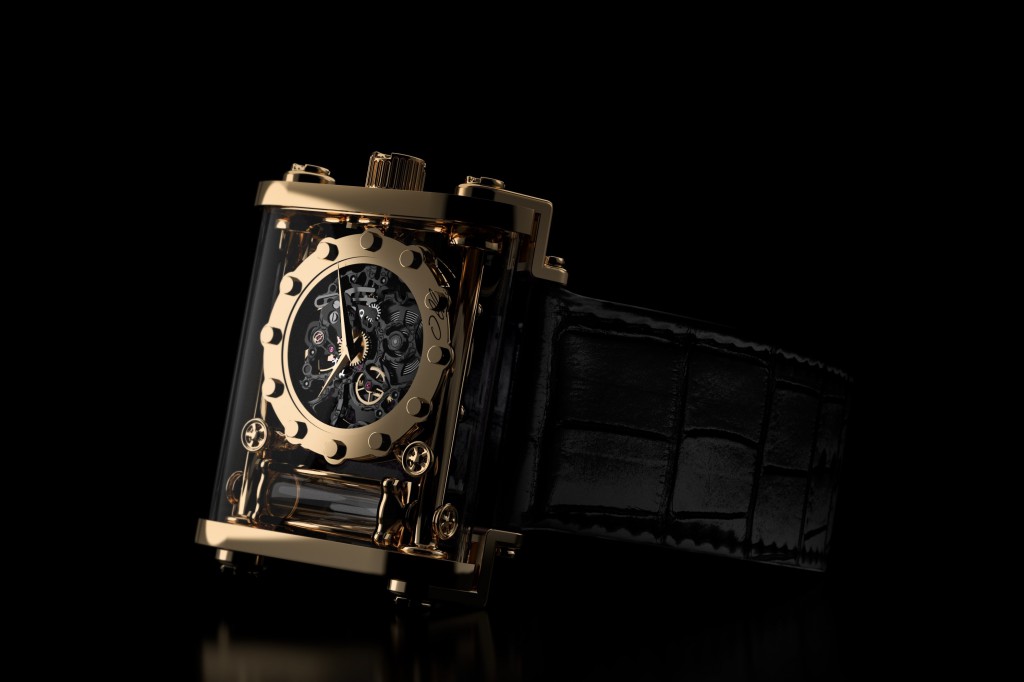 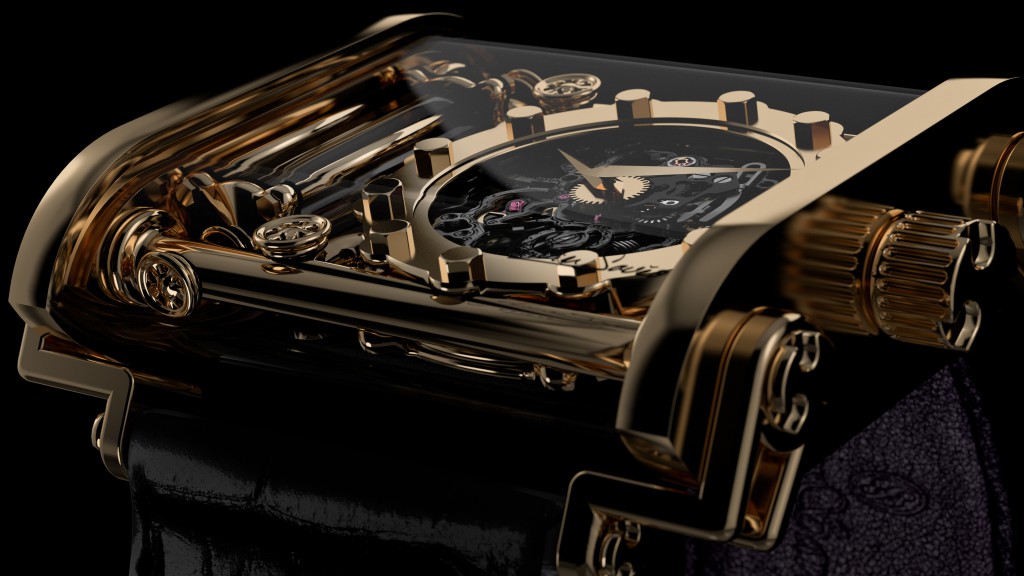