Present in myths, religions, encyclopaedias and all art forms, the horse is, of all animals, the one that has marked progress and humanity the most.

Ollivier Savelli is particularly sensitive to the perfection of this animal. Passionate about the difficulty of representing them, he was seduced by a photography of the prizewinner of the platinum medal of the world championship of thoroughbred Arab horses in Paris in 2013 – Marwan Al Shaqab. This mare possessed a grace and exceptional gentleness that Ollivier wanted to transcribe to one of his creations. A pure homage to beauty.

Beyond the emotion, it was essential to be faithful to the model, transcribing all the force of the animal yet rendering its daintiness, particularly difficult that goes beyond the strict technique. A difficulty mastered via his journey as a specialist in applied arts, Ollivier was elected meilleur ouvrier de France (French Master Craftsman) in the Jewellery and Precious Metal category in 2000.
This unique piece was sculpted in bas relief in a block of wax and then cast in bronze. The creation of all the minute details in this scale is a genuine challenge: In effect, the creation based on a photograph allows a direct comparison with the original whereby all disproportions or errors are immediately visible.

Ollivier always produces a large dimension sculpted plaque that necessitates a pattern larger than the final object, but allows him to resize the final dial and reorientate it to the best effect.
Once the watch dial is cut he burnishes* the darker details of the photograph in order to contrast the zones. (* An ancient technique that consists of delicately rubbing the material with an agate in order to densify it and make it shine more but not excessively.) 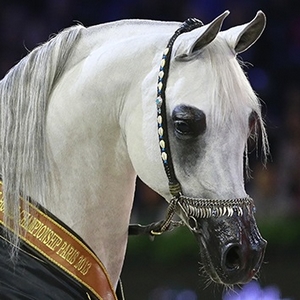 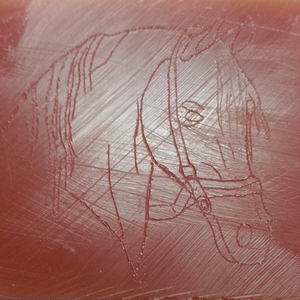 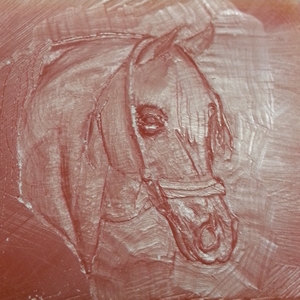 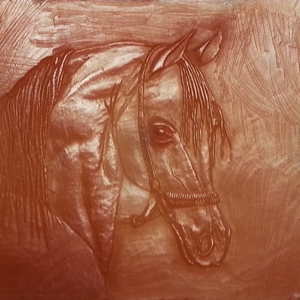 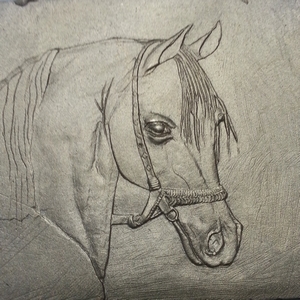 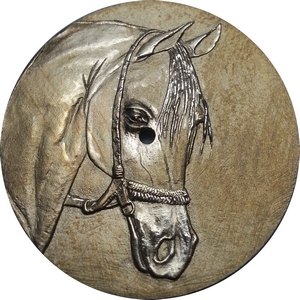